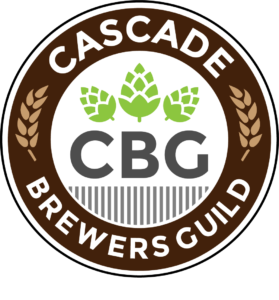 Great breweries surround us in the Pacific Northwest, along with the world’s hop beds in the Yakima and Willamette valleys. Combine that with a widely established tradition of homebrewing, and there’s no shortage of fellow homebrewers and beer freaks nearby. We hold friendly competitions against one another on a bi-annual basis, and even more often, we just get together to hang out and raise a glass.

No city in the western hemisphere brews more barrels than Seattle, and no city in the hemisphere has more breweries than Portland. We’re lucky to have them close by. We tour the breweries as often as we can (usually a half dozen tours a year, almost always combined with a regular monthly meeting). There’s no shortage of fine public houses, either, and we’ve been known to gather for a close inspection of their offerings, without so much as a club meeting to bring us together. All of this exposure to some of the best beers in the world makes us better, more informed brewers–and certainly holds us to a high standard.

To that end, we dedicate ourselves to educating ourselves and each other. We keep the club a friendly, relaxed place for newbies to come learn, and for advanced brewers to swap tips and tricks. More than a few of us daydream about brewing professionally, and a brewery founder or two has been known to rise from our ranks. We also value judging, and help club members on their way to being certified beer judges.

First and foremost, though, we appreciate the finest achievements of fermentation: ciders, meads, wines, and dozens upon dozens of beer styles. We suspect some of us have actually invented new beer styles, maybe even on purpose.

Attend one of our meetings and become a member, or contact us.